WARNING: This product contains nicotine. Nicotine is an addictive chemical.

Dutch Vapers Scared Back To Smoking

Misinformed vapers are returning to smoking cigarettes according to Dutch trade association Esigbond. The organisation is issuing a call for objective information to be considered, “now that the facts are known.”

Esigbond says: “Nearly half of the e-cigarette users in the Netherlands who stopped vaping at the end of last year did so because of negative reporting of inappropriate use of e-cigarettes in the US. Two-thirds of those who stopped vaping during that period also started smoking tobacco again.”

The findings have come to light following a survey conducted by Motivaction. More than 1000 (former) users of traditional and electronic cigarettes were interviewed following the acute lung illness outbreak (associated with the use of illegal THC cartridges) in the United States last year.

Despite it becoming clear that suffers had all used black-market THC oil containing Vitamin E Acetate, authorities persisted with blaming vaping. The Food and Drug Administration and the Centres for Disease Control have both since accepted that the problem had nothing to do with normal vaping.

Esigbond continues: “The study shows that vape behaviour in the Netherlands has changed as a result of reports about incidents in the US. Although the U.S. health authorities have now concluded the problems were caused by the addition of illegal liquids – which are not suitable for use in an e-cigarette – it appears that 56 percent of the former vapers that have been questioned have become more negative about the e-cigarette by reports on these problems.”

“For 45 percent of former vapers, the negative reporting at the end of 2019 was the main reason to quit vaping. Of all former vapers that stopped in that period, two-thirds returned to the much more harmful regular cigarette.”

Esigbond-chairman Emil ‘t Hart is concerned about the results of the study. “It can never be the intention that Dutch vapers return to the traditional cigarette.”

According to ‘t Hart, the Motivaction study makes it obvious what needs to be done. 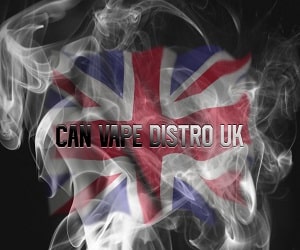 “It is essential that there is a clear explanation of the correct use of electronic cigarettes and that smokers are informed about the e-cigarette as a less harmful alternative. Public authorities could play an important role in this respect,” he added.

“The study also makes it clear that 78 percent of smokers who have never used an e-cigarette believe that e-cigarettes are at least as harmful as traditional cigarettes. This is inconceivable given that the Dutch government has also determined that the use of e-cigarettes is significantly less harmful for those who switch completely. This is also shown by the research Trimbos Institute presented this week. With objective and clear information an enormous health gain can be achieved in the Netherlands”.